I originally created this comic as part of my JAQrabbit Tales series, but finally decided that it didn’t really work well as part of that series, so I reworked it as a stand-alone story. As a commentary about how our society changed after 9/11, it’s an admittedly simplistic one, but… there it is. 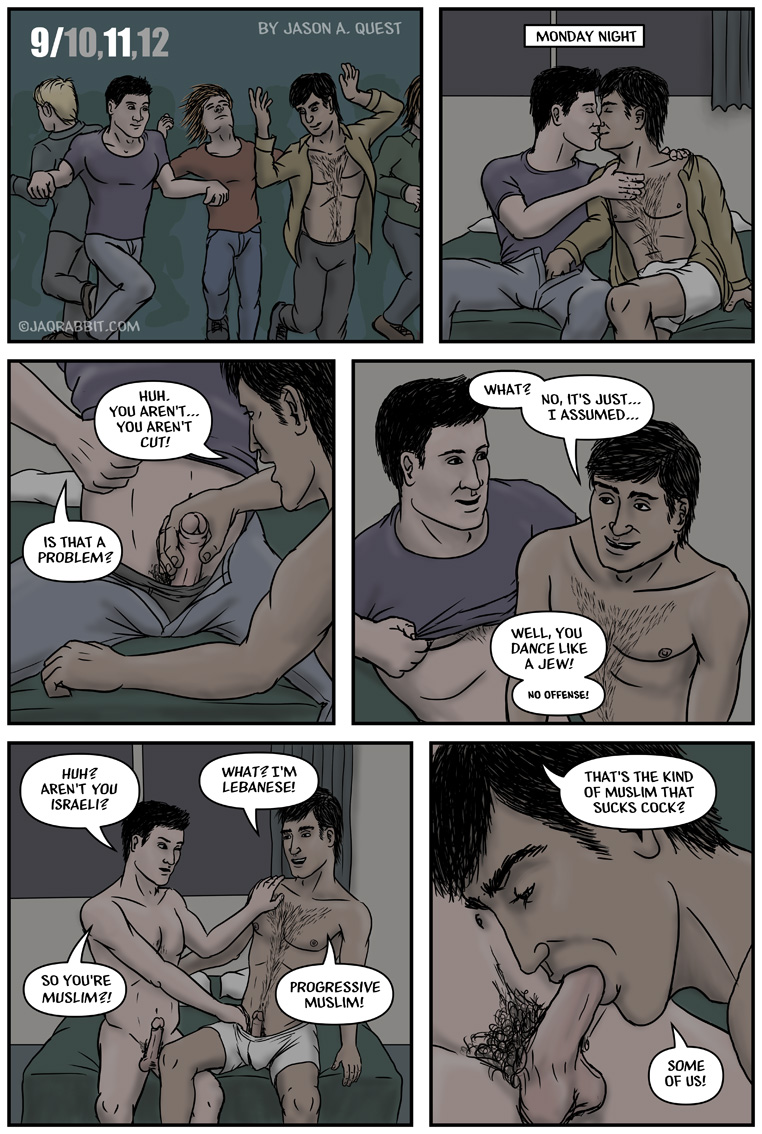 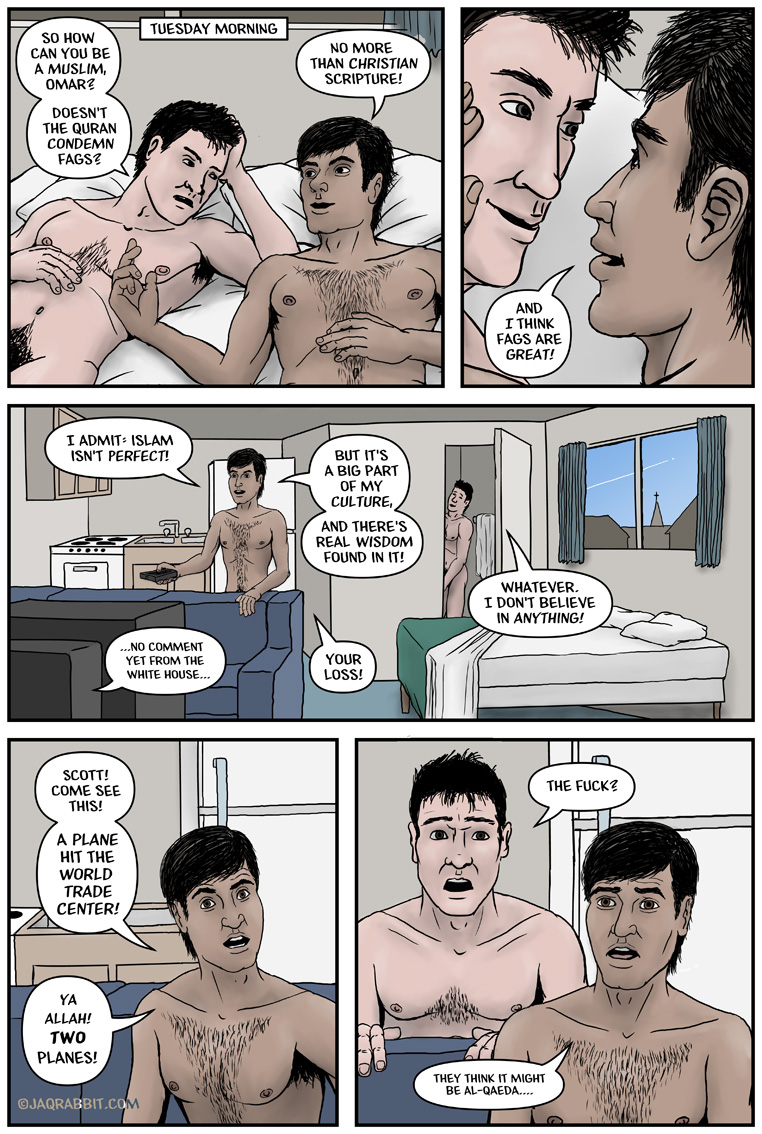 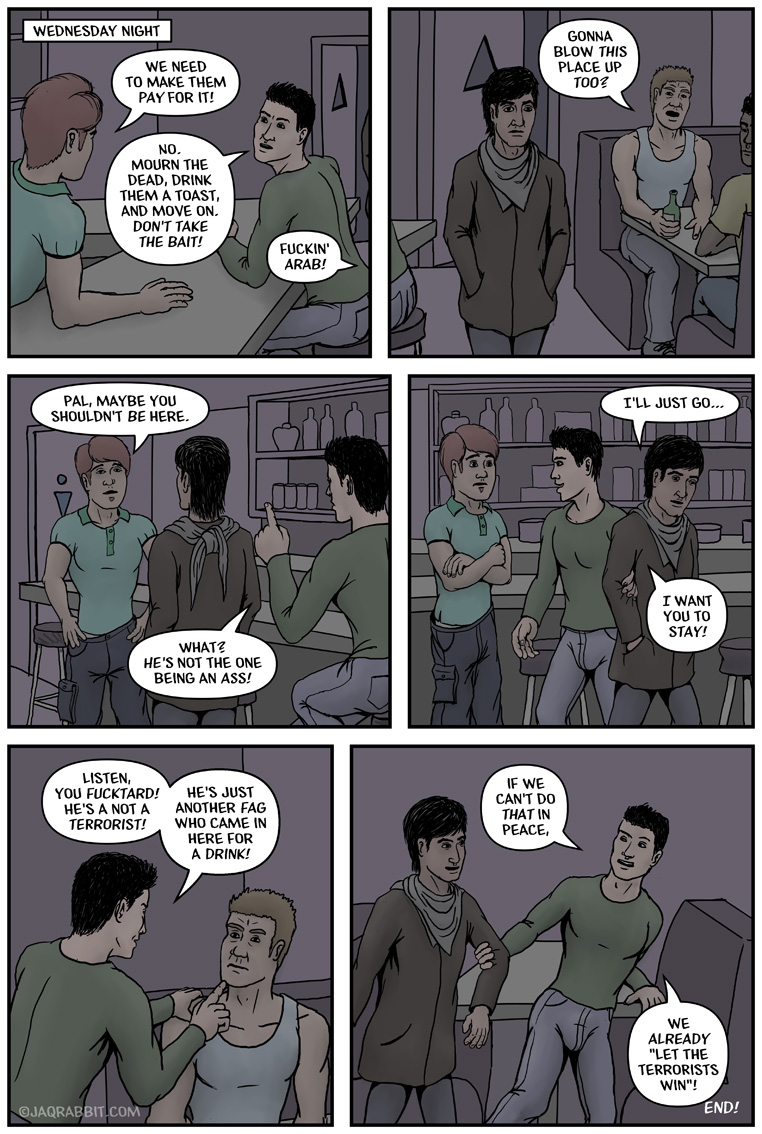 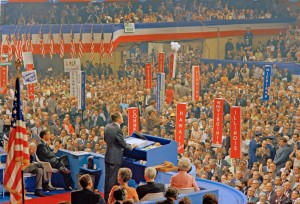 There’s a simple explanation for why the primaries are going so badly. How Donald Trump got the GOP nomination last time. Why Elizabeth Warren isn’t going to get the Democrats’. Etc.

The Voters are idiots, and the system is a bad one because it depends on them.

These are the same people who think that Corona beer or a random person of Chinese ancestry is going to give them a virus. Idiots.

For all of these, they let The Voters pick people to represent them, and those people would make the decisions. People who would 1) presumably be smarter than The Voters, by virtue of having organized a campaign to get elected, and 2) have the time to look into the issues, think about them, and talk them over with other people who’ve also done that. The Founders even made these paid positions, so they could approach it as professionals.

The process of selecting presidential nominees used to have that built into it. They were chosen at conventions attended by the people who’d been selected by The Voters. No, not “delegates” whose names are pulled out of a hat based on who they said they’ve already made up their mind to vote for. The actual named individuals that The Voters elected to represent them.

The presidential primary system that’s currently making everyone angry over what a clusterfuck it is only dates back to the 1970s. It’s mostly a reaction to the chaos of 1968, in which the president dropped out, the leading candidate was assassinated, and a badly managed Democratic convention nominated a candidate who lost. So some moron thought The Voters would handle that scenario better.

The complaint that this system is meant to address is the cliche of the “smoke-filled room” where party leaders would get together and decide who the candidate would be. (Because Eisenhower and Kennedy were such bad results?) The irony is that one of the replacement systems is objectively and obviously worse: caucuses. These are smoke-free rooms in which instead, random people with no qualification except that they had nothing else they had to do that night, appointed by themselves, do the exact same thing.

The biggest critics of the smoke-filled room these days are Sanders supporters, which is loaded with irony, because his main strength is the smoke-free room. They successfully browbeat the DNC into handing even more control over to The Voters by limiting the power of elected officials in the process. In other words, they made the system more like the Republican system which had just nominated Donald Fucking Trump as a demonstration of just what a bad system it was. (If the GOP had super-delegates with the power to veto a Really Bad Candidate, they would’ve been able to stop him, and put up someone more or less competent and less dangerous, such as Rubio, a Bush, or a bush.)

Modern conventions are an exercise in idiocracy. They are not an example of representative democracy. Quick test: who will be representing you at your party’s convention later this year? (If your state hasn’t had its primary yet, substitute the 2016 convention.) You have absolutely no fucking idea. You may have voted for “Jane Popular”, but all that got you was some rando who pledged to support her on the first ballot. If she doesn’t win right then, he’s now a free agent, and the only thing you know about him is that he likes Jane. Now… supposed Jane drops out… or drops dead… or is dropped by an assassin (like RFK). What do you trust this guy to do at the convention? You have No Fucking Clue. How is that better than 1968, when the party picked the sitting Vice President as their nominee?

You know why Joe Biden is doing so well in the primaries, despite having an array of sometimes-brilliant other candidates on display to choose from? It’s because The Voters know him. He’s pre-vetted. And… the Party supports him. The Voters don’t want to sort thru Elizabeth Warren’s policy proposals, Amy Klobuchar’s election record, Bernie Sanders’ promises, Mike Bloomberg’s dirty laundry, Pete Buttigieg’s one-page resume, etc. I think they really want someone that their representatives in Washington approve. Maybe it’s because they’re idiots. Maybe it’s because they sense that they’re idiots.

For the record, I think their choice is wrong. Biden is not the best candidate to go against Trump. Biden is also not the best candidate to be president once he gets there. But he apparently has the support of the party leadership, and he apparently has the support of a lot of the party membership. The thing is: if you want better… simply trusting The Voters probably isn’t going to get that for you. Because trusting The Voters is what the Republicans did four years ago, and it turned their party into cancer.