From time to time I like to participate in little creative exercises, such as the “remake/remodel” challenges on the Whitechapel forum, which taken an existing (usually public domain) character and invite artists to redesign them.

“Restored to life through Dr. Slade’s vita-ray, Mystico, a seer of ancient Egypt, has placed his magic powers at the service of humanity.” Now, based out of a club, he works with the American and British governments to protect freedom. He receives psychic messages from the old gods, he has magic-based telekinesis (to the degree that he can use skyscrapers as javelins), and he has various other plot-device powers, although creatures from pre-historic times, like the monstrous Amphisaur that sinks various naval ships, are immune to his powers. Mystico fights invisible gangsters and giant gangsters, insane would-be world tyrants and their man-ape sidekicks, Dr. Slade (a skull-face Mad Scientist plotting against America), Dr. Nevins (a long-time student of witchcraft who summons harpies from the distant past in order to conquer the world), and Zarbu, a Turkish sorcerer released from entombment who plans to conquer America. Mystico appears in stories with titles like “The Element of Fear,” “Nick Wolve and the Dinosaur Egg,” and “Ottmar Lutz’s Meteor Magnet.” 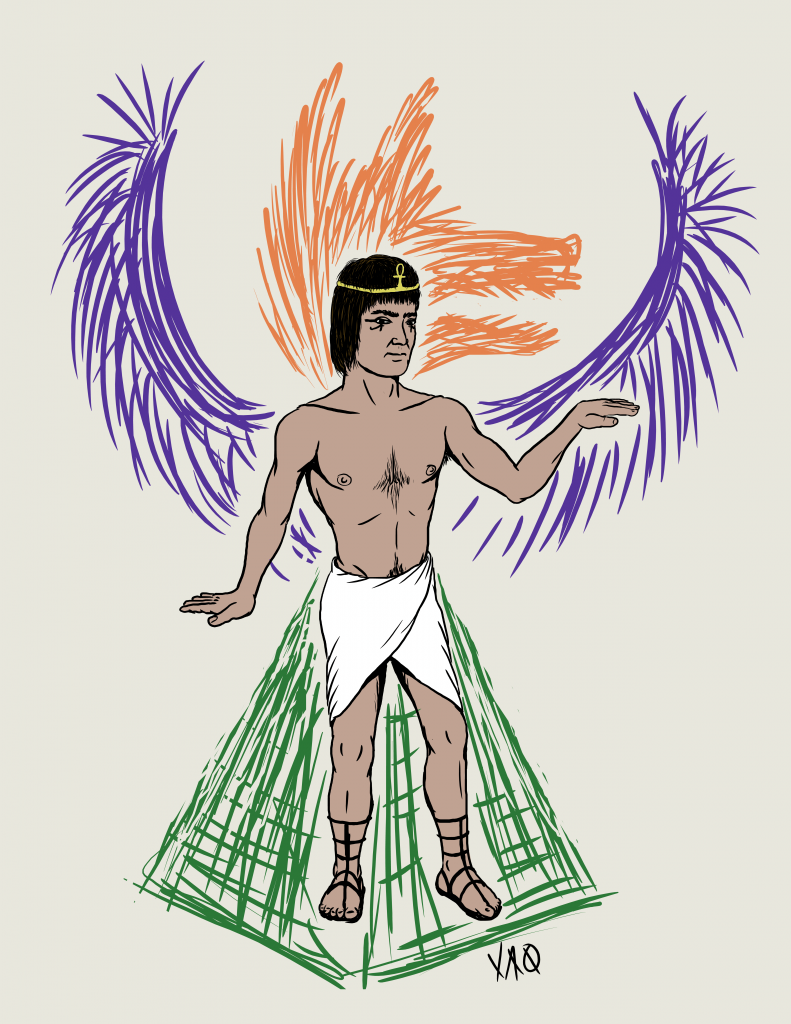