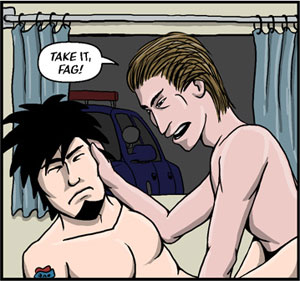 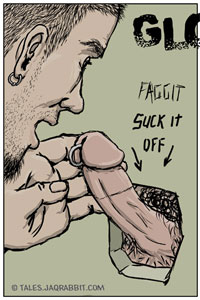 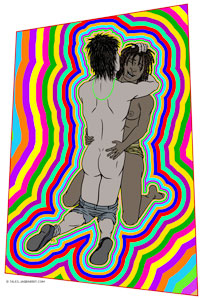 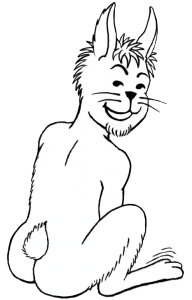 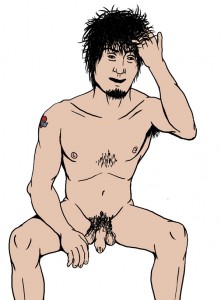 I was really excited to be participating in this book, and not just because I got to draw a fondly-remembered hook-up (the first of many with the person involved). There were a bunch of great queer cartoonists involved, including names like Leanne Franson, Maurice Vellekoop, and Roberta Gregory (to pick just three). Seeing the PDF previews was a hoot, especially when I saw that I was getting busy just a page-turn before a “Liliane Bi-Dyke” story.

This past weekend, it got real. Not only did I receive the modest-but-generous payment that Northwest Press offered for my contribution (like everyone else involved, I’d submitted it as a donation for the cause), but I also got my two complementary copies of the book.

So there you have it: I’m in print. And I’ve been paid.

(Anything That Loves is listed for retailer orders in the current Previews catalog.)

I’ve contributed a 7-page story to Anything That Loves, a comics anthology that explores the territory between “gay” and “straight”. It’s the story of how I met my second girlfriend. (The fact that Scout is a woman was intended to be a spoiler, but in the context of a book about bisexuality, for the “boy” I’m hitting on to turn out to be a girl is fairly predictable.) 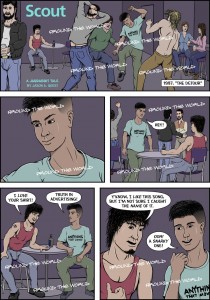 I’m currently working on one of the more serious and darker (literally) stories in the JAQrabbit Tales series, entitled “Assault”. I’m illustrating it entirely in black-and-white-and-gray, mostly with blocks of light and shadow. Here’s a couple non-sequential panels I worked on last night. I tell ya, it’s a bit of a challenge to draw something without showing it. 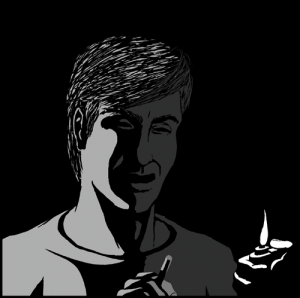 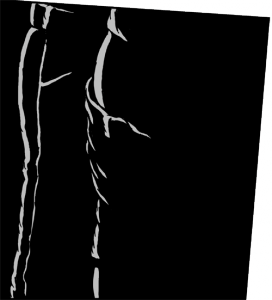